Memorials, monkeys and lots of mud 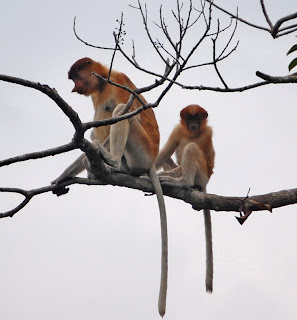 Malaysian Borneo is divided into two main states – Sarawak to the South and Sabah to the North, with the separate country of Brunei sandwiched in between. We have now entered Sabah, having visited the island of Labuan for a few days. Labuan's main attraction for travellers on yachts is that it is duty free, and allows us to stock up luxuries before we head into the wilds. We are now very heavy on the port side of the boat, with six months' worth of beer and wine and I just hope that I can keep the chocolate stash out of Scott's reaches for a few months yet. 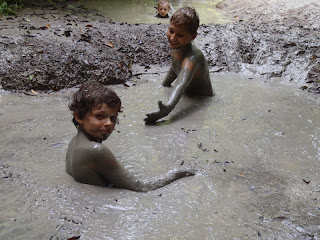 Many of you will know that Borneo was significant for the Australian forces during WWII. The Japanese occupied much of Borneo for four years and many Australians, British, New Zealanders as well as native Malays lost their lives here. We visited the Australian War Memorial in Labuan, where some 2,700 Australian soldiers are named and listed. In the cemetery itself, some 3,900 men are buried, with half of them being unidentified. Their bodies were recovered from different sites in Sabah and Sarawak. Many of them were part of the 1945 'death march' from Sandakan into the interior, en route to Rawau. Of the 2,400 that started the march, only 260 were alive at the end and of these, only six men survived the war – because these six escaped and were cared for by locals until the war ended. 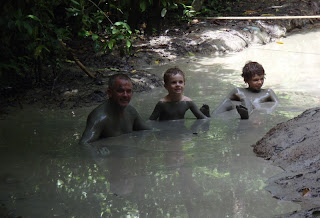 From Labuan we took the boat 25 miles up the Klias river in search of proboscis monkeys and fireflies. It's quite a different experience, motoring on a confined waterway, but we had a friend's track to follow (waypoints on the GPS) and also had the current with us. We anchored behind Red Boomer for the night and after dark were not disappointed by the show the fireflies put on. We managed to see only a single proboscis but plenty of macaques. Rather sadly, the forest bordering the river was rather thin and in places we could see that behind the tree-line considerable logging had taken place and the dreaded palm oils were in evidence. Nevertheless, it was fine to sleep with the sounds of the jungle all around us. 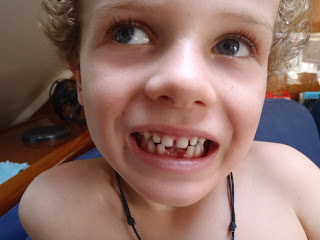 (Note: the proboscis photo was taken by our friend Jean-Marie Dorlot, who is a much better photographer than me!) 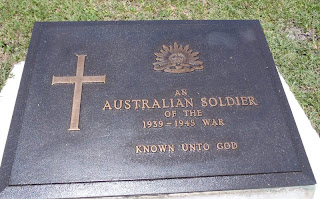 We have just arrived in the state capital of Kota Kinabalu, having spent a couple of days on pretty Tiga Island. Tiga is famous for having risen out of the sea only 125 years ago and also for its mud volcanoes. As you can imagine, that was something that we had to experience. So we trooped with our friends through the bush, took of most of our clothes and slid into the mud pools. It was a very wierd sensation, as the mud is so dense and slippery (yet strangely gritty) that you float near the surface. The boys loved it and rolled around like seals. We all had to walk the kilometre back to the beach  before we could wash off. The mud got everywhere ... and I mean everywhere.


Finn has lost two teeth, as you can see. The tooth fairy, it would appear, is Malaysian!

By the way, we love getting the comments and messages from those of you that have read the blog. Around 25 people a day – our friends and family, plus a few kind strangers – check in to see where we are . Thanks!