Finding the trees in Sarawak 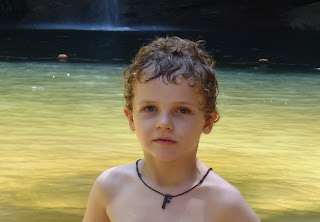 After a fine time in Kuching we travelled North some 280 miles to Miri, an oil town just South of Brunei. Sailing along the coast

here, we have to avoid oil rigs and tankers as well as the usual nets, logs and fish traps. At least the rigs are easy to spot! It's easy to see why Brunei and this part of Malaysia are so wealthy, with oil production on this kind of scale.

We put the boat into the marina and looked into ways of getting inland to see some of the unspoilt interior. There are a few Sarawak National Parks within reach of Miri, so we hired a car and drove to the Niah National Park to see the caves there. The caves are enormous and extensive and we had fun trudging through the bat-poo in the pitch dark, with little boys waving torches anywhere but at the ground. We walked miles in the rain back to the park office and then booked into one of their cabins for the night. The next day we went to the Lambir Hills park, which had waterfalls and many, many hills. Finn did amazingly well, but we had to sing an awful lot of songs to keep him going those last few kilometres. 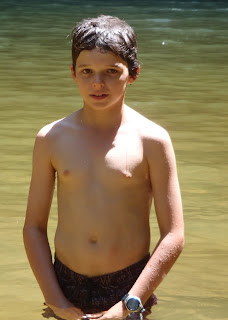 The National Parks extend further inland, with large parts of Borneo protected in this way and pockets where there are still wild orang utans, proboscis and even the occasional pygmy elephant – more of that later, we hope. What we passed on the way to the parks, however, were mile upon sickening mile of palm oil plantations. On the rivers and near the coa 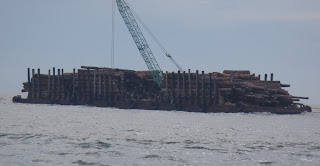 st we see huge barges piled with logs from the forests – to sell for timber and to make way for yet more oil palms. The green of these trees is dull and without variation; the plantations cover every hill and valley as far as the eye can see. In the local Iban and other tribes, the people traditionally live in communal longhouses, but those that work for the palm oil companies live in the featureless housing blocks provided by the plantations.

As I write, we're anchored off the Brunei coast for the night before heading to the island of Labuan tomorrow. We decided to do without the rigmarole of entering into Brunei, but might pay a visit from Labuan on the ferry. From here we'll continue to explore the Borneo coast and rivers – we have a month before it's time to check into Indonesia. At each of our last few large towns we'll be stocking up in a major way – once we get into 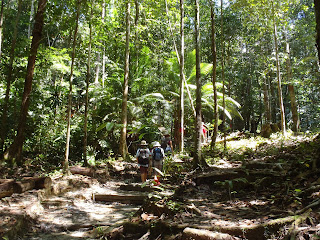 Indonesia and certainly Papua New Guinea there will be few to nil opportunities for buying stores so we have to be fully stocked. We've worked out how many loaves of bread we'll need to bake in four months, how

many bags of sugar, rice, coffee and tea we'll get through. We've started to catch fish at last – the waters everywhere have been totally fished out – so hopefully we'll be able to keep the freezer stocked. Of course, there have also been calculations as to how much beer and wine we'll need, without major rationing – and chocolate.

In Kota Kinabalu, where we plan to be next week, we'll collect the school work for the rest of the year! Seth and Finn don't seem to be all that excited about it, funnily enough.